Kelly Clarkson Spotted Without Her Wedding Ring After Filing for Divorce

Kelly Clarkson has been spotted out and about without her wedding ring just days after filing for divorce from her husband of nearly seven years, Brandon Blackstock. On Friday, June 12,...

Jenelle Evans: David Eason Pistol-Whipped My Friend and I am DONE!

Big news from The Land today ...

We know, we know, we've heard it before, but apparently some pretty serious things went down with these two this week.

Do you want the details? Of course you do.

Let's get into it.

1. A Bad Time for Jenelle

Jenelle's relationship with David has always been awful, and it's never been a secret.

No one has time to go into all the details, but ever since he came into her life, he's been controlling and mean and scary, and that's putting it nicely.

Last fall, Jenelle announced that she was divorcing David. She moved to Nashville, got a restraining order after providing proof to a judge that he'd been abusive, and she started trying to make a new life for herself.

But statistically speaking, people have a difficult time completely cutting ties with abusive partners, and after a few months, she moved back to the swamp and dropped all talk of divorce.

She said that he'd never been abusive, despite everything she's said to the contrary, and she talked about how much he loved her. Jenelle isn't a peach herself, obviously, but it was really sad to see.

But earlier this month, we started to notice that things seemed to be getting bad again.
View Slideshow

Reality TV star Stassi Schroeder is stepping out for the first time since E! News learned that she's pregnant with her first child. The news of her pregnancy comes just days after... 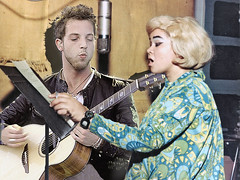 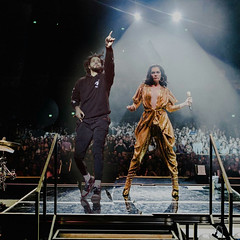 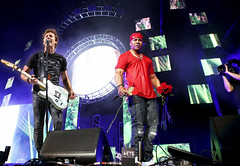 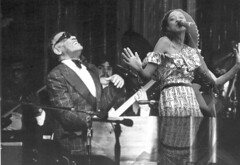 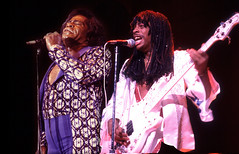 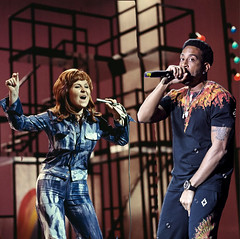 Less than a year after Jordan Rodgers re-proposed to JoJo Fletcher, The Bachelorette favorites celebrated their would-be wedding day with a bittersweet post to Instagram. "Happy...

Kim Kardashian is among a growing list of celebrities calling for an investigation into the death of a Black man found hanging from a tree in a Southern California park. Per NBC News,...

Sia Apologizes After Confusing Nicki Minaj for Cardi B on Twitter

Sia has issued an apology after accidentally injecting herself in a feud between fandoms. After confusing Nicki Minaj for Cardi B on Twitter, fans of the rappers started a tweet-storm...

Now THIS is what we call a silver lining... and also an adorable one:

Just days after Stassi Schroeder was fired by Bravo due to a past of racially-insensitive behavior, the former reality star has confirmed that she's expecting her first child with fiance Beau Clark.

To be clear, for accuracy's sake, Stassi herself has not confirmed this blessed piece of news.

Instead, Us Weekly has reported on Schroeder's pregnancy, writing on Saturday that Schroeder was seen out the day before picking up food with Clark -- and rocking a long cardigan that covered a clear baby bump.

Yes, this is all we have to go on at the moment.

But the Stassi pregnancy news is out there for everyone to read on the aforementioned tabloid's website, so it's our job to convey is to our readers here as well.

If true, this means Stassi no longer has to wonder what she'll be doing with the ample free time that has been allotted as a result of her ousting.

Bravo cut ties with the the veteran Vanderpump Rules cast member after remarks from 2018 resurfaced in which she and Kristen Doute reported fellow star Faith Stowers to the police for a crime she didn’t commit.

“Racially insensitive comments from my past have resurfaced,” Schroeder wrote via Instagram on Sunday, June 7.

“I am grateful for the people in my life that continue to check me and push me to evolve into a more educated person...

"What I did to Faith was wrong. I apologize and I do not expect forgiveness.”

Max Boyens and Brett Caprioni were also let go by Bravo at the same time; also for their history of racist comments and messages.

But Stassi had been a lead star on the series for eight seasons and her firing has drawn the most attention over the past few days.

“Bravo and Evolution Media confirmed today that Stassi Schroeder, Kristen Doute, Max Boyens and Brett Caprioni will not be returning to Vanderpump Rules," read a press release on Tuesday.

We've since heard that Schroeder is devastated by the development.

"Stassi and Kristen acknowledged what they did was wrong, have apologized and been punished," Schroeder and Doute's rep recently told People Magazine.

"Without casting aside their actions or the impact of those actions, they want to move forward as part of the solution in ways that are productive, meaningful and sincere."

"Both of them recognize actions speak louder than words and that is what will guide them as they move forward."

TMZ, meanwhile, reports that the entirety of the reality star's "Straight Up with Stassi LIVE" road show has been canceled in the wake of this scandal.

The tour had been based on Stassi's podcast (which has also now been removed from all platforms) and had been a regular gig for Schroeder for about a year.

To her credit, at least, Schroeder has said all the right things in response to this controversy.

As part of her mea culpa this week, she said the following:

"I have grown significantly from the person I was then, and I am still filled with remorse and regret for the hurt I caused.

"I am grateful for the people in my life that continue to check me and push me to evolve into a more educated person."

Schroeder and Clark got engaged in July of 2019, were set to air their upcoming wedding on season 9 of Vanderpump Rules ... before she was fired.

While the couple originally planned to exchange vows in Italy in October 2020, Schroeder has since revealed that their the ceremony was being moved to Rome in October of 2021 due to the coronavirus.

“We’re 99 percent sure that it’s going to be a year from where we planned."

If this holds, Clark and Schroeder will be joined on their big day by a tiny bundle of joy.

Congratulations to the happy twosome!

Stassi Schroeder, Kristen Doute, Max Boyens and Brett Caprioni are ALL out.

These four cast members have been fired by Bravo in the wake of racially-charged scandals that have resurfaced during an especially sensitive and important time across the country.

So now the question must be asked...

Will Jax Taylor be next?

Schroeder and Doute were axed from Vanderpump Rules this week due to the way they treated fellow cast member Faith Stowers, who is African-American.

At one point in 2018, Schroeder and Doute even called the cops on Stowers after hearing that a black woman was wanted by the police.

This woman, of course, was not Stowers, meaning Stassi and Kristen falsely accused her of committing a crime, simply based on the color of her skin.

Taylor, meanwhile, hasn't exactly come out of this scandal unscathed.

Jax ALSO accused Stowers of illegal activities two years ago and many believe  he ought to face punishment as a result.

Foremost among those demanding Taylor should probably be fired? Stowers herself.

“I think there are other people that should be educated as well because they’ve made some pretty crazy mistakes and said some crazy — not even mistakes," she told Us Weekly recently, adding:

"They just said some terrible things.”

"Mr. Taylor said some crazy things to them that were racial,” Stowers explained to this tabloid.

According  to In Touch Weekly, meanwhile, this is not just hollow talk.

Taylor is allegedly "on the chopping block," an insider tells this magazine, expounding as follows:

"[Jax] has been a loose wire since the show’s inception, but even Lisa [Vanderpump] is worried,” this insider says.

“Bravo, like other networks, was known for encouraging bad behavior from their stars and now they have to look at everything with new eyes. It’s a wake-up call."

In a resurfaced tweet from 2017, Taylor incorrectly claimed that Stowers was "wanted by the police," writing "someone's going to jail," after Schroeder and Doute saw an article about a black woman wanted for theft and called the police to pin the crimes on her.

This former star said he "refused to film with me because I was trans and called him out on his white cis privilege."

On June 9, 90 Day Fiancé alum Ashley Smith also called out Taylor for his past remarks, accusing him of racism in her scathing statement

"Well @bravotv don’t leave out old Jax Taylor who harassed us when our show first aired."

At the time, the network also announced Max Boyens and Brett Caprioni “would not be returning” for next season following their own resurfaced racist tweets.

Afterward their firings, Stassi and Kristen both spoke out via public statements and apologized for their actions, promising to make better decisions in the future.

Schroeder said she will “take time to listen, to learn and to take accountability for my own privilege."

As for Doute,  she said she was “ashamed, embarrassed and incredibly sorry.”

Newly ousted Vanderpump Rules star Stassi Schroeder is pregnant with her first child, a source confirms to E! News. The news comes just days after Stassi, along with Kristen Doute and two...

Dwyane Wade and Gabrielle Union continue their reign as coolest celebrity parents after throwing an epic birthday bash for their daughter, Zaya Wade. The 13-year-old celebrated the...

It's not the Trooping the Colour celebration royal watchers wished for, but Queen Elizabeth II didn't seem to mind as she celebrated her 94th birthday with a unique (and...

Even Kim Kardashian's kids have a tough time keeping up with her. The E! reality star shared a photo of the Mother's Day gift 4-year-old son Saint West made for her last month,...

Lori Vallow never gave police a straight answer about where her son and daughter were. Even after she was arrested in February on charges including desertion of her minor children,...

Secret Service Dropping Over $30k on Hand Sanitizer for Conventions

June 13, 2020 at 1:00 am Comments disabled
If there's another hand sanitizer shortage amid the ongoing COVID-19 crisis, the federal government might be partly to blame ... because it bought a bundle to keep everyone at the upcoming political conventions germ-free. According to financial…

If the world of pop culture and everyone who loves and follows it (that'd be you, E! News reader) were a high school, celebrities would undoubtedly be the cool kids. Just think how...

Mikiiya Foster wasn't quite prepared for what was waiting for her when she arrived at the corner of Sycamore and Cochran on Saturday, June 6. It had only been eight days since the...