Justin Bieber has grown up before our very eyes. In the decade since the pop singer made his debut at the 2010 American Music Awards--where he performed and won each of the four...

Chrissy Teigen needed some quality time with her mom. On Nov. 21, the Cravings author posted a photo of her and mother Vilailuck "Pepper Thai" Teigen cuddling on the couch to Instagram....

Hailey Bieber just proved how stylish leggings can be. There's no denying the 23-year-old star knows how to make a fashion statement. As a matter of fact, when the model throws on...

Dwyane Wade shared how much it meant to him that boxer Mike Tyson took the time to stand up for Dwyane's 13-year-old daughter Zaya, who came out as transgender in 2019. In February,...

NY Authorities Try to Shut Down Biz Meeting, Chased Off by Anti-Maskers

November 21, 2020 at 4:20 pm Add a comment!
A large group of biz owners in Erie County, NY called the local authorities' bluff when they tried shutting down their get-together ... and sent Johnny Law packing. This went down Friday night at a CrossFit gym called Athletes Unleashed in Orchard…

Alex Trebek has returned home. The longtime Jeopardy! host died at age 80 on Nov. 8 after battling pancreatic cancer. On Friday, Nov. 20, The Blast published a copy of his death...

Ronnie Ortiz-Magro: I Am Done with Jen Harley! For Real This Time!

Based on his past, one has to take the following with a grain of salt the size of Ronnie Ortiz-Magro's biceps.

on Thursday's Jersey Shore Family Vacation season premiere, Ronnie admitted that he made a lot of bad decisions in his life... but has since started "to be a better person for myself and Ariana," referring to his two-year-old daughter.

Ronnie has moved away from Las Vegas.

As for his past?

Specifically his past with Harley?

"In my mind I always thought I had to have a perfect family to have a relationship with my daughter. I came to the realization I can have a family just with Ariana," he explained.

"I think that turning point was when I realized me and her mother, we're done.

"I realized we're happier without each other than we are with each other."

The two certainly couldn't have been more miserable when they were together.

Both halves of this now-former couple were arrested on differrent occasions for alleged acts of domestic violence.

About a year ago, Ronnie held Harley at knifepoint, grabbed Ariana out of her arms and barrracaded himself inside of a rental home.

The police had to use a taser on him in order to take Ronnie into custody.

That was then, however.

The reality star said on the aforementioned premiere that can put all that "wasted energy" from his old relationship into his relationship with his daughter and to himself. "

I get to spend all this time with my daughter instead of giving her half of me," he said.

"Which I think is amazing."

And it's made him a brand new person!

“We’re so excited and so proud to see this version of Ronnie,” Mike “The Situation” Sorrentino previously told Us Weekly while promoting the new season of Jersey Shore.

“We call it ‘stable Ronnie.' It’s good to see a happy, funny Ronnie on TV because [he’s] tons of fun.”

Vinny Guadagnino also spoke to Us Weekly and echoed what Sorrentino had to say about his longtime costar’s great mood these days.

"That man has definitely turned his life around. And that’s the biggest highlight of this next season is Ronnie was, like, present and there.

"That man showed up. … We’ve seen Ronnie go through a lot of struggles.”

Twilight Turns 12: Dive Into the Most Surprising Secrets About the Franchise

Here's some bloody good news--Twilight turns 12. It's hard to believe the blockbuster movie, which was adapted from Stephanie Meyer's highly successful books, has been around...

Nikki Bella is feeling the love on her birthday. The Total Bellas star has kicked off Sagittarius season with an unforgettable tribute from her fiancé Artem Chigvintsev. On Saturday,...

Wanda Dench, the Arizona grandma who accidentally invited a stranger to her Thanksgiving dinner in 2016 and formed a beautiful friendship with him as a result, is celebrating her first holiday...

Pregnant Hilary Duff in Quarantine After Being “Exposed” to Coronavirus

Pregnant Hilary Duff is quarantining after being exposed to the coronavirus. The 33-year-old actress, who is expecting her third child, posted a selfie showing her wearing a gray hoodie...

Amy Adams may have a new, Oscar-buzzy movie out, but that doesn't mean she has forgotten her first. The six-time Academy Award nominee sat down with E! News to discuss Hillbilly Elegy, her...

Dixie D'Amelio is apologizing for one of her videos. The social media sensation is under fire for posting an insensitive video on TikTok on Thursday, Nov. 19. For some...

You've got to hand it to Paris Hilton, she's a selfie queen with conviction. In 2017, the 39-year-old reality star and socialite tweeted a photo of herself hanging out with...

Carrie Underwood and John Legend are ushering in the holiday season with a new Christmas song--and a music video to accompany it. The artists teamed up for "Hallelujah," an...

If there's one thing celebs can bond over, it's a mutual dislike of badly behaved directors. So when Euphoria actor Luke Gage shared a now-viral video of an unidentified director...

It's time to wish the Bellas a happy birthday! Brie Bella and Nikki Bella are turning 37 today, Saturday, Nov. 21, and we're celebrating by looking back at the sweetest photos of...

Happy birthday, Brie Bella! As E! readers surely know, today (Nov. 21) marks the Total Bellas star's 37th birthday, which she shares with twin Nikki Bella. While 2020 has been an...

Hot girl Meg is here to stay! Rapper Megan Thee Stallion has taken the world by storm in the last few years: Her hit song "Savage" becoming the internet challenge of the year and... 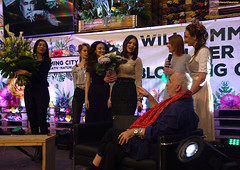 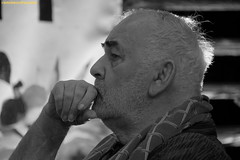 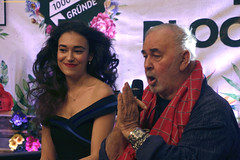 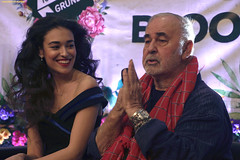 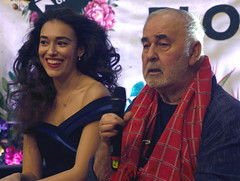 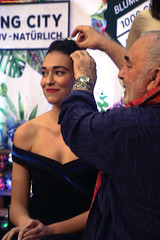 Ellen Pompeo Teases Yet Another Grey’s Anatomy Return Could This Really Happen?!?

We hope you're sitting down for this one, Grey's Anatomy fans.

Because just over a week since truly stunning television viewers everywhere with one unexpected return... we have a reason to believe this series may soon do it again.

On the Season 17 premiere, Patrick Dempsey came back as Derek Shepherd.

We still can't believe that sentence is accurate.

But the opening episode ended with Ellen Pompeo's Meredith collapsing in a parking lot... due to COVID-19 we later learned... and being transported in her mind to a beach.

At the other end of that beach? Her late husband.

Dempsey also appeared on this week's installment and is likely to reprise his role as McDreamy on at least one more installment.

Might he only be the first past character to appear in the present, though? Might another soon be on the way?

On Thursday, November 19, Pompeo fueled rumors that Katherine Heigl -- who left the show in 2010 after playing Izzie Stevens for the first six seasons -- could conceivably be next.

"Hey it's Grey's day!!!" Pompeo Tweeted, however, alongside a GIF showing her and Heigl's characters together in a season three episode.

Naturally, fans freaked out in response, speculating, as one person tweeted, "IZZIE COMING BACK??"

"Hey... could you hint us who's next on the beach?" another person tweeted, to which Pompeo replied:

Unlike Derek, of course, Izzie was not killed off Grey's Anatomy.

The character was written off afterr Heigl insulted the program's writers, as she actress departed under pretty bitter circumstances.

But that was a long time ago -- and Dempsey made it clear in his own post-return interviews that time can heal almost all wounds.

Salivating over Pompeo's post, another user wrote, "IS IT GEORGE...we gotta wait 2 mf weeks??? I can't."

Pompeo wrote back: "That @ABCNetwork promo department are messing with y'all in a major way no? @GreysABC"

There is another reason, though, why Pompeo may have shared her Heigl GIF.

A few days ago, Isaiah Washington rekindled his feud with Heigl for some reason.

"This woman once proclaimed that I should ‘never’ be allowed to speak publicly again," wrote Washington along with a photo of Heigl, adding:

"The world agreed with her proclamation back then and protested for my job and my head in 65 languages.

"I wish I was on Twitter in 2007, because I will NEVER stop exercising my free speech."

Pompeo may simply having been taking Heigl's side in her long-forgotten feud with Washington by sharing that GIF above.

In 2008, two years prior to her departure, Heidl infamously withdrew her name from Emmy contention.

"I did not feel that I was given the material this season to warrant an Emmy nomination and in an effort to maintain the integrity of the Academy organization, I withdrew my name from contention," she said in a statement at the time.

"In addition, I did not want to potentially take away an opportunity from an actress who was given such materials."

Shonda Rhimes, who is no longer the Grey's Anatomy showrunner, commented on Heigl's Emmy snub on Oprah's Next Chapter.

She was clearly annoyed by the star's words.

"When people show you who they are, believe them. I carry that with me a lot. It has served me well."

November 21, 2020 at 2:00 am Add a comment!
Forget fancy dinners with escargot ... there's a ton of free chicken nuggets waiting to be scarfed down by Charli and Dixie D'Amelio!!! Here's the deal ... the TikTok stars almost got canceled after a million followers jumped ship following a…