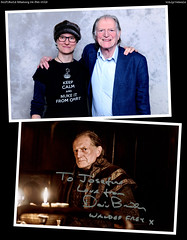 He seemed nice. 😀 I mentioned that I’m a Harry Potter fan as well, and that I liked Blow dry. He said, "Oh, no one has mentioned that one in a long time!" And added that it had a great cast and whatnot. 🙂

I’m more of a Harry Potter fan than a Game of thrones* fan… But I picked a GoT photo in order to diversify my siggy collection a bit. :B

The Web Site the Meat Industry Doesn’t Want You to See. 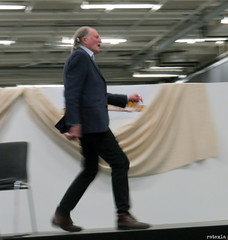 The Web Site the Meat Industry Doesn’t Want You to See. 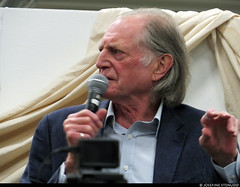 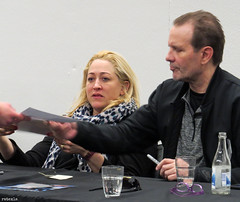 Click here for the story of my Michael encounter in 2009. 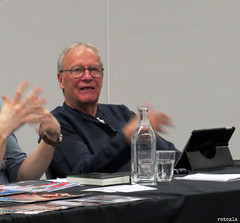 Be adventure ready now by gearing up the next level Mens Biker Style Classic Leather Jacket to be a trendsetter in this modish era. Explore the motorcycle jacket for fashion freedom only @fitjackets. 💀

Be adventure ready now by gearing up the next level Mens Biker Style Classic Leather Jacket to be a trendsetter in this modish era. Explore the motorcycle jacket for fashion freedom only @fitjackets. 💀 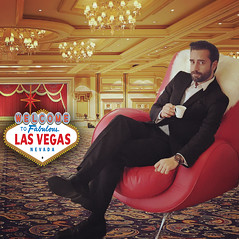 OPEN POST: What is Your Favorite Movie or Franchise Theme Music?

A killer theme is as vital to the success of a big budget popcorn film as any other element on display. There’s got to be a triumphant fanfare or majestic introduction to welcome the audience into the world of the film. This is no time for subtlety or nuance, you’ve got to get the audience instantly fired up for what they’re about to witness.

There are some composers, like John Williams and Danny Elfman, who have made this a cottage industry. Others have nailed it on their first try. Some on their tenth try. And some on their only try.

As much as I would have loved to include them, no theme songs, so, sorry Ghostbusters 1 & 2 fans, as well as anyone pulling for a specific Bond song, or even advocates for Eminem’s Venom song. This is score only

I imagine the one that elbowed its way to the front of the line for most of you is John Williams’ Star Wars theme. This is sort of the go-to answer, but deservedly so. It’s amazing, it puts you in the right frame of mind for the adventure ahead. It’s the best of what a theme can be in that it more or less only exists over the opening and closing titles, and that’s not a knock against the rest of the music Williams created for Star Wars. It’s just that this particular piece is so far above all the others, it’s unfair to make the other music compete with it…

The brainchild of composer Monty Norman, later refined by his predecessor John Barry, the brass heavy James Bond theme has to be one of the first that leaps to mind. Every Bond film has opened with it—except 2006’s Casino Royale which saves it for the end—and it is as iconic as any theme ever. It’s a strong contender for anyone’s top spot.

On the more rapturous side of things is “The Godfather Waltz,” a somber, sobering piece of music that adequately prepares you for the melancholy to come in The Godfather films. Director Francis Ford Coppola handed the job to Italian composer Nino Rota, who created some memorable themes for Fellini’s 8 1/2 and Bertolucci’s Romeo & Juliet. Kicked off by a lone horn, the theme grows from there into an old world waltz that never leaves your head throughout the film.

“When is he gonna bring up Bill Conti’s ‘Gonna Fly Now’ from Rocky, bro?” If we were doing theme songs, “Eye of the Tiger” would be a fierce competitor for the title, as is the amazing fanfare that starts this immortal theme from the Rocky movies. Conti is another Bond veteran, Conti lost the Oscar for this theme, but won it several years later for The Right Stuff. This is as iconic and immortal as themes get.

Howard Shore’s scores for Peter Jackson’s Lord of the Rings films are as integral to their success as all the other technical elements. It won Shore three Oscars for his efforts and propelled into the upper echelon as a result of his excellent work. Watch the movies again and try to imagine getting anywhere near as emotional in certain moments without that score.

Elfman’s got a lot of these, and of course his Simpsons theme is every bit as iconic as anything else he’s done, but his 1989 Batman score remains his Mount Everest. The theme that Elfman created hasn’t been usurped in nearly thirty years of trying via many other Batman movies. He replaced the 1966 Batman theme in our heads, and most remarkably of all, nothing has yet to replace his theme as the definitive Batman music.

Here’s a strange one, but one that I felt merited consideration nonetheless as it meets all the criteria…

Alan Silvestri’s greatest composition remains the Back to the Future theme music, another rousing theme used repeatedly throughout the films to generate an emotional response…

Of course, Indiana Jones is another great John Williams one…

For me, my favorite has always been one from my childhood. Henry Mancini’s jazz theme for Blake Edwards’ The Pink Panther remains my personal pick for favorite movie or franchise theme music. It’s the epitome of cool and very much established the tone for the film. Plus, it’s become ingrained in all our brains thanks to its use in the cartoon that followed.

So let’s hear it. What’s your favorite? If you guys like this, we can do TV themes next time.

The post OPEN POST: What is Your Favorite Movie or Franchise Theme Music? appeared first on Egotastic - Sexy Celebrity Gossip and Entertainment News.

The Academy Pumps the Breaks on Their Proposed ‘Popular Film’ Oscar

The Academy of Motion Picture Arts and Sciences has made many changes to their annual Oscar awards over the years, but one they proposed adding this year backfired in spectacular fashion. You see, in recent years, the Academy has made a desperate stab at relevancy, chiefly by increasing the number of Best Picture nominees in hopes that its voting bloc would nominate more commercially successful films.

This approach hasn’t worked all that well. In fact, any time the Academy attempts to do something to broaden their commercial appeal, it ends up being rightly and roundly rejected by the general public. You see, people either love the Oscars or they don’t, and no lineup of Best Picture nominees is going to swindle Joe Sixpack in to tuning in to the show.

Nevertheless, the Academy pressed on with a new idea this year that involved adding a new category called Best Popular Film. This seemed, to them anyway, like a great way to honor movies like Black Panther or The Incredibles 2 that made a ton of money but wouldn’t make the cut for Best Picture in your average cinema-going year.

It was a stupid idea and now the Academy has decided to table it for the time being. In a press release, Academy CEO Dawn Hudson states…

“There has been a wide range of reactions to the introduction of a new award, and we recognize the need for further discussion with our members. We have made changes to the Oscars over the years — including this year — and we will continue to evolve while also respecting the incredible legacy of the last 90 years.”

Sure. We get it, you goofed and now you’ve gotta fix the goof. Word to the wise, shelve this idea permanently. Nothing is going to entice the average moviegoer into watching the Oscars, short of the prospect of them receiving an award for watching.

The post The Academy Pumps the Breaks on Their Proposed ‘Popular Film’ Oscar appeared first on Egotastic - Sexy Celebrity Gossip and Entertainment News.

Oscar statues in a parking lot across from the Hollywood & Highland Center during preparations for the 89th Academy Awards, in Los Angeles, Feb. 22, 2017. (Monica Almeida/The New York Times)

Take an In-Depth Look at the Filmography of David Lynch

No director in American cinematic history traffics in the strange and unusual quite like David Lynch. Over at MrSkin.com, there’s an article exploring the many strange and sexy scenes from Lynch’s career, and it’s one hell of a read.

Whether you’re a Lynch fan or find yourself completely and utterly baffled by his films, it’s a great overview of the way the director uses nudity and sexuality in his films, and I think you’ll benefit from its content. And hey, if nothing else there’s plenty of sexy pics and GIFs of such nude scenes as Naomi Watts and Laura Harring’s lesbian sex scene from Mulholland Dr., Isabella Rossellini’s Blue Velvet nude scenes, and much much more!

And while it’s not covered in this article, I really and truly recommend you check out this video clip where Lynch tells the story of meeting George Lucas with the possibility of directing Return of the Jedi…

The post Take an In-Depth Look at the Filmography of David Lynch appeared first on Egotastic - Sexy Celebrity Gossip and Entertainment News.

Was Zack Snyder Fired from the DCEU He Helped Create?

In a new piece over at Mashable, the death bell is officially rung on the Zack Snyder era, but there is a huge amount of inference that Snyder was actually fired months ago. Back when we all thought he was stepping aside because of a family tragedy, it turns out that Snyder was being booted and the whole thing with Joss Whedon coming in to complete Snyder’s vision was a bunch of bull roar. It was the salvage job we all thought, and now that DC has seen how poorly that went, they’re completely cutting ties—at least creatively—with Snyder.

According to sources, Snyder will still get his requisite Executive Producer credit, but it will be more an honorarium in the way Stan Lee gets one on every Marvel movie. But actually, that’s not a good analogy, because at least Lee had a hand in the creation of the characters. I guess it’s more of a legal thing, allowing WB to fulfill whatever legal part of that contract they signed with Snyder years ago. But the DCEU is moving forward from its 2017 slate and more or less ignoring everything that came before.

This is also the reason they’ll never release Snyder’s cut of the film. They’d just as soon pretend it never happened basically. They’re planning on ignoring any more of his contributions to this world and doing more rapid course correction, which is what got them into this pickle in the first place. I recommend you read the entire piece at Mashable, as it contains additional details like future involvement—or lack thereof—from people like David Ayer. But what say you? Are you happy Snyder’s gone? Pissed off? Indifferent? Sound off in the comments section below!

The post Was Zack Snyder Fired from the DCEU He Helped Create? appeared first on Egotastic - Sexy Celebrity Gossip and Entertainment News.

Keanu Reeves at a screening of Lionsgate Films' "John Wick" at the Arclight Theatre on October 22, 2014 in Los Angeles, California. 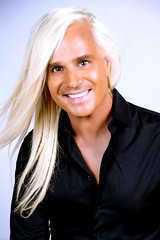