October 20th, 2020
It girl and socialite Kelly Hamilton returns to Second Life this afternoon in a not so incognito fashion. Reuniting with two of her former "bad girl" SLebrity pals, Sara Blowhan; former child star and childhood friend of Hamilton, and Kordelia; former girl band member, and model turned actress. The threesome was seen at one of their pals, infamous playboy & real estate tycoon, also Hamiltons ex, Joey Verianders, many infamous rooftop brunch spots in Luxewood, attempting to catch up after Sara just finished a trial following her August arrest, and DUI charge. The girls were seen smoking what we can assume are cigarettes, but one source tells us it may have actually been marijuana.

I know that this was obviously shot before we were told to fear every other human around like we were an OCD hypochondriac. Something probably not overly new to most of us who have always kept our distance from people knowing they are likely carrying all kinds of diseases.

I know that people may not be as excited by Reese or Kerry Washington now that they are older, but if you watch some old Reese movies, you will be reminded why the Southern Belle made it in the Big Leagues. She’s hot as hell.

I figure this could be an image of the past, two people that close to each other while not in space suits, so that could be hot to some of you feeling the burn of the 6 feet apart rule at least when it comes to online dating because if your dick isn’t 6.5 feet long, you’re screwed!

Bella Thorne * On the set of You Get Me

Steven Avery’s New Lawyer Says There Are New Suspects In His Murder Case!

Could Steven Avery finally be let out of prison?!

One of the biggest controversies surrounding Netflix's Making A Murderer is whether the Wisconsin native actually killed and raped photographer Teresa Halbach.

In April's issue of Newsweek, the convict's new lawyer -- Kathleen Zellner -- claims she has identified new suspects in the case.

According to the high-profile attorney :

"We have a couple… I'd say there's one, leading the pack by a lot. But I don't want to scare him off, I don't want him to run."

These individuals are all men who knew Halbach.

"We have to have new evidence that could not have been obtained before that would result in no juror believing that Steven Avery committed the crime… So that's the standard — it's kind of a high hurdle to jump, but we can jump it with the new technology. With someone who's innocent, you can definitely jump that hurdle."

She is confident that she has the resources to make it happen.

"We've got access to documents the public doesn't have."

According to her website, Kathleen has righted more wrongful convictions than any private attorney in America.

Regardless of the outcome, we just hope justice is served.

January 4, 2016 at 7:14 pm Comments disabled
Source: www.GutterUncensored.com
Here is Emily Ratajkowski naked sexy body on display for Treats Magazine. These nude pictures of Emily Ratajkowski are damn hot and a great way to start the year. Also, did I mention you get to see her shaved vagina in this photoshoot? Let's have a great 2016. Enjoy! Click on pictures to enlarge. 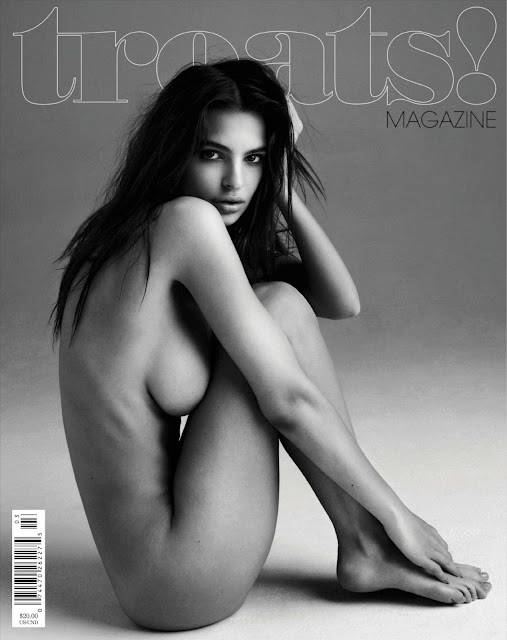 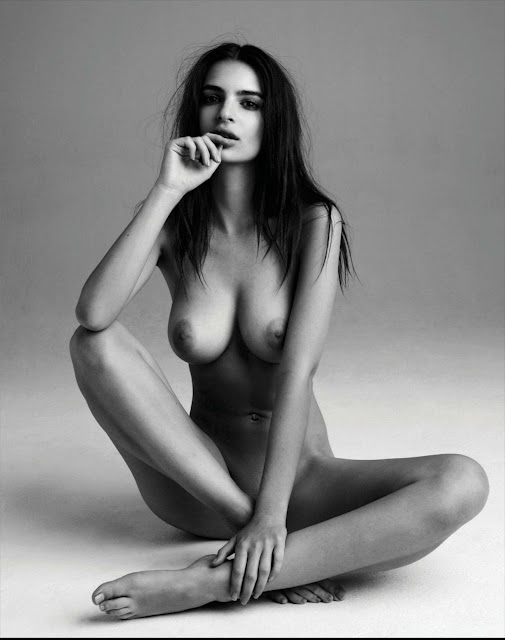 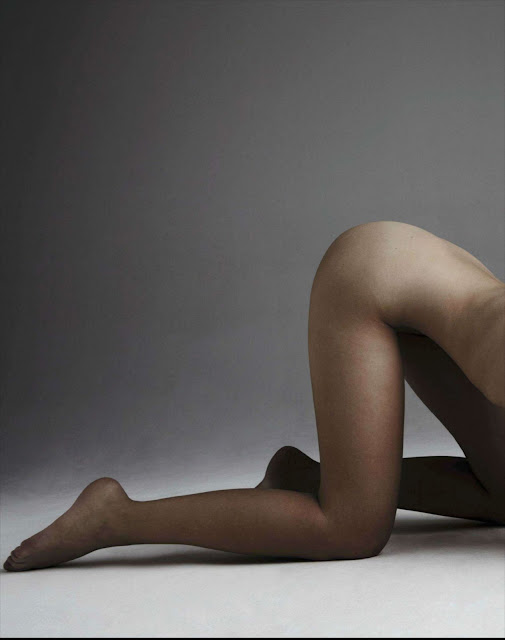 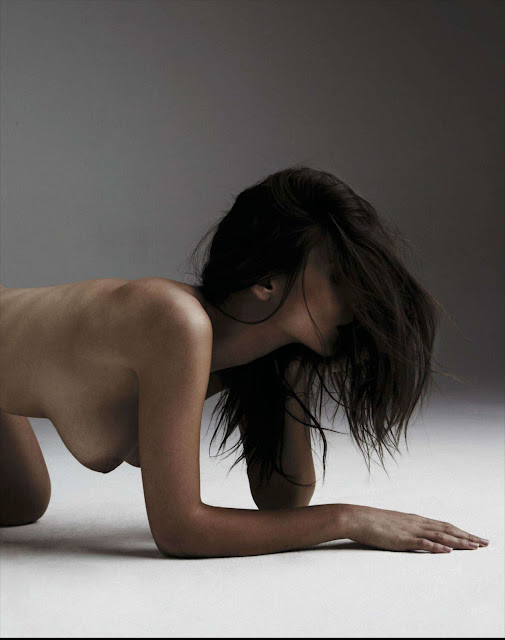 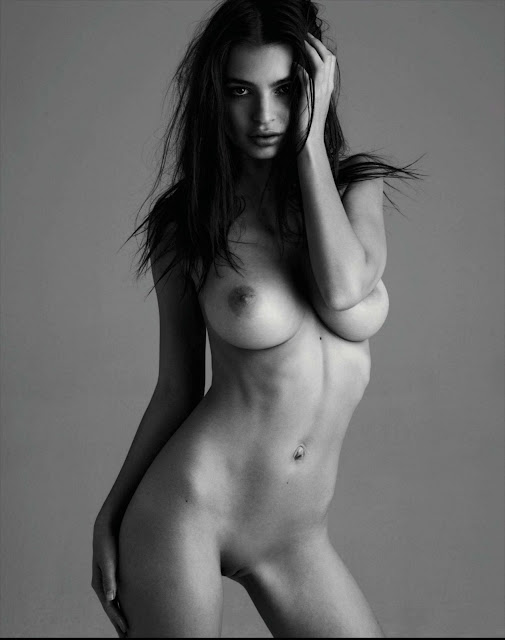 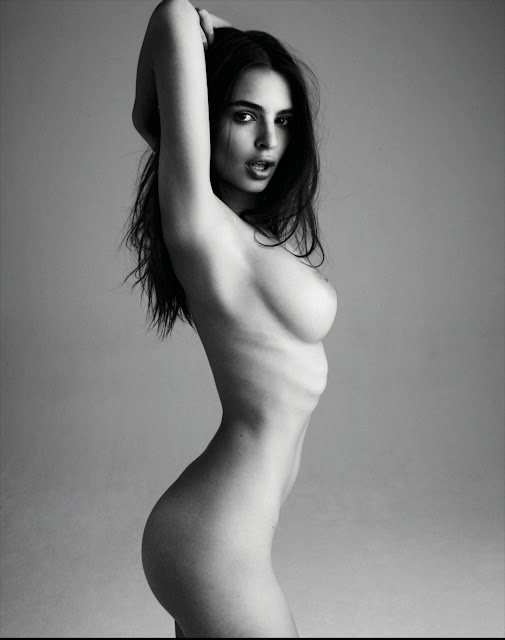 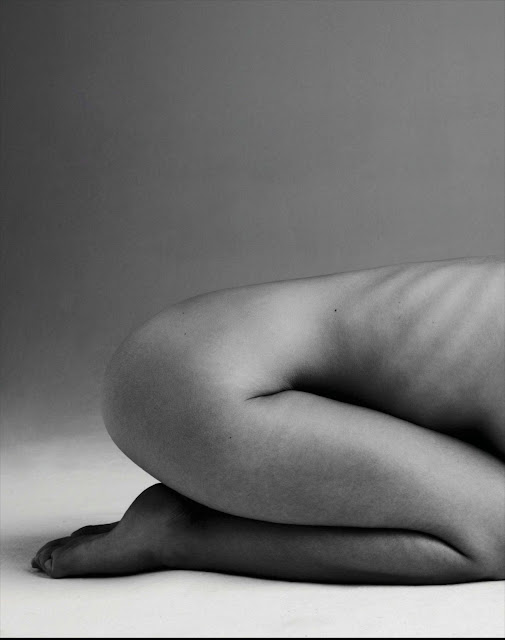 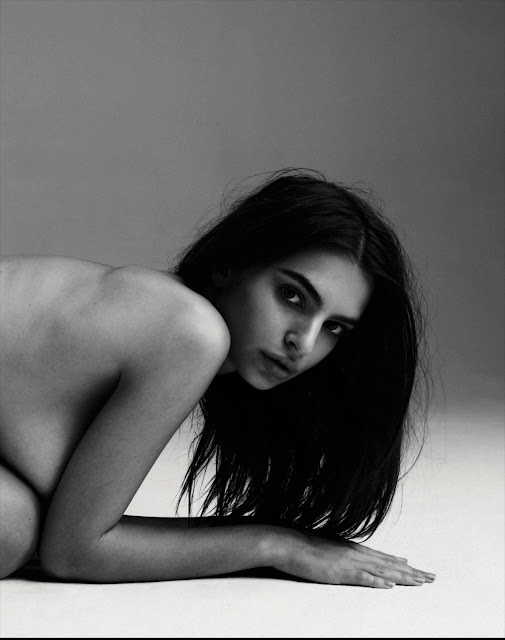 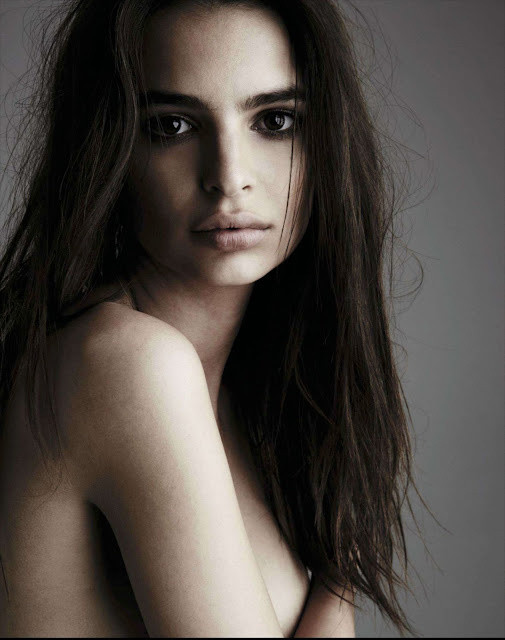 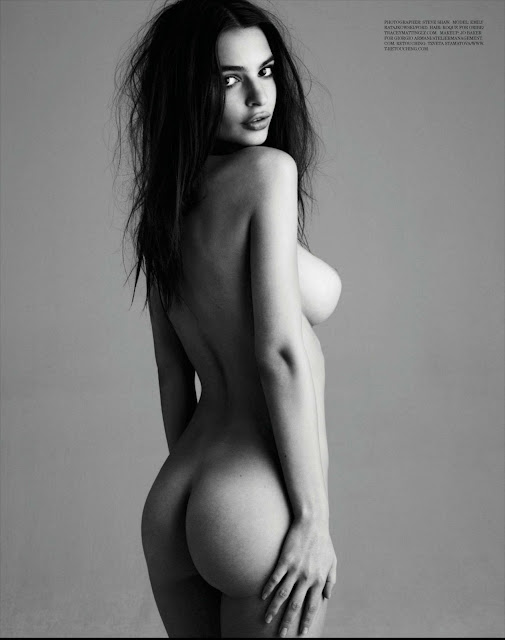 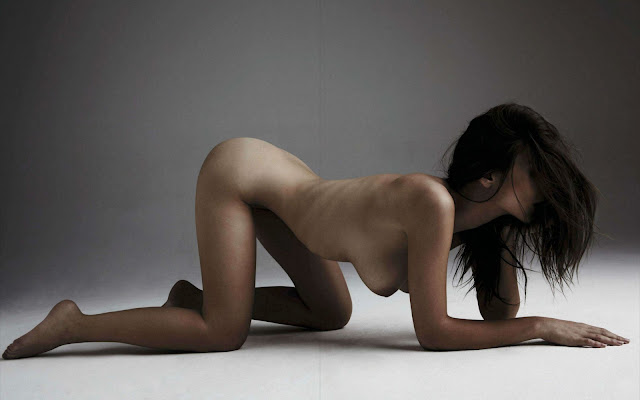 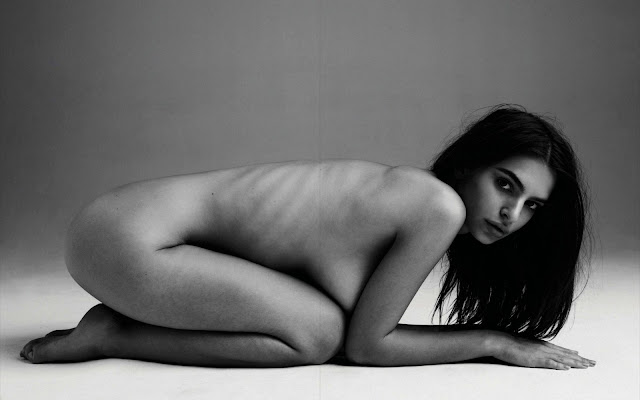 Emily O'Hara Ratajkowski (/ˌrɑːtaɪˈkoʊski/, born June 7, 1991 in Westminster, London, England, U.K.) is a British-born American model and actress. She rose to prominence after her appearance in the music video for Robin Thicke's "Blurred Lines", which became the number one song of the year 2013 in several countries, including Canada and the United Kingdom as well as the longest running Billboard Hot 100 number one song of the decade to date in the United States.

Her modelling career has progressed from retail adwork to arthouse erotica and high fashion. A cover appearance on the March 2012 issue of treats! is credited for her having been solicited to appear in two music videos, including "Blurred Lines". Subsequent to the success and controversy of "Blurred Lines", she became a high profile sex symbol and gained a place in the Sports Illustrated Swimsuit Issue. Her acting career began with a recurring role on iCarly and, more recently, she has begun taking roles in upcoming major motion pictures. www.GutterUncensored.com

If you’ve ever been the one wondering why all the cool, interesting magazines about science and movies are categorized beneath the “Men’s Interest” sign, then you’re not alone. Ariana Grande agrees with you, as does her mother.

What’s wrong with this picture?? pic.twitter.com/NJOi4sUyHs

@joangrande oh! so women are only interested in tabloids& if I want to read about cars, business, science I have to go to the MEN’S section?

The photos and the comments spurred a debate that has led to a conversation about how we market to men and women. The two Grandes clearly took issue with a practice that assumes women only want to read about beauty, fashion, and celebrity gossip, while the magazines about business, science, cars, and entertainment are all considered interesting to men alone.

Not only is the practice sexist, it’s also inaccurate, as Ariana was also quick to point out. She asserted that she knows many men who read Vogue and Cosmopolitan, and that women are obviously interested in things outside beauty and celeb culture. Why not just categorize the magazines according to topic, not according to their target market?

@joangrande and I know mannnnnnnny men who are going to the magazine section for a Cosmo or Vogue or an Elle! ?

If the purpose of having Men’s and Women’s categories is meant to make it easier to market to these specific demographics, then it’s possibly a dumb move. More and more people are calling attention to the small, every day ways gender roles assert themselves in our society, some of which can be seriously harmful. And even though this issue may seem small to some, it’s only by calling attention to small things that big change occurs.

Ariana then tweeted a series of hashtags in support of her mother’s views, and reminded everyone that #MenReadCosmo and women, obviously, read Forbes.

It would not only be a hell of a lot more reasonable to just categorize reading materials according to topic, but it would also make a great statement. Our world is becoming increasingly aware of its backwards tendencies, and companies would definitely make a statement to customers by changing the way it markets goods. Small changes like these go a long way.

The post Ariana Grande Criticizes The Way Magazines ‘For Men’ and ‘For Women’ Are Sold appeared first on PopCrunch.

Here is Miley Cyrus posing naked in a photo shoot for Paper Magazine. I think Miley Cyrus is going to do a nude shoot for every magazine in 2015. Enjoy! Click on pictures to enlarge. 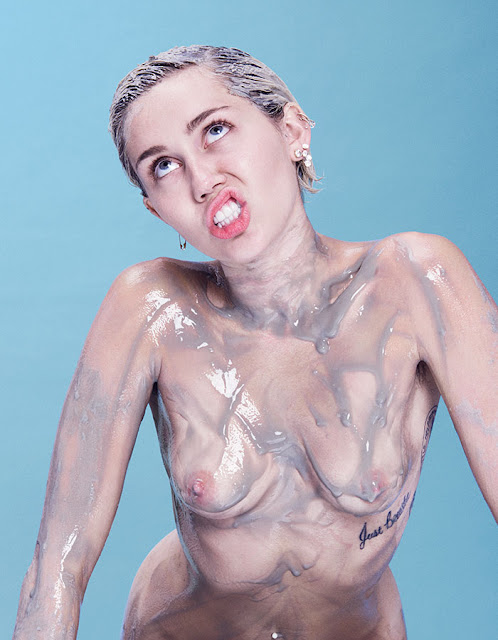 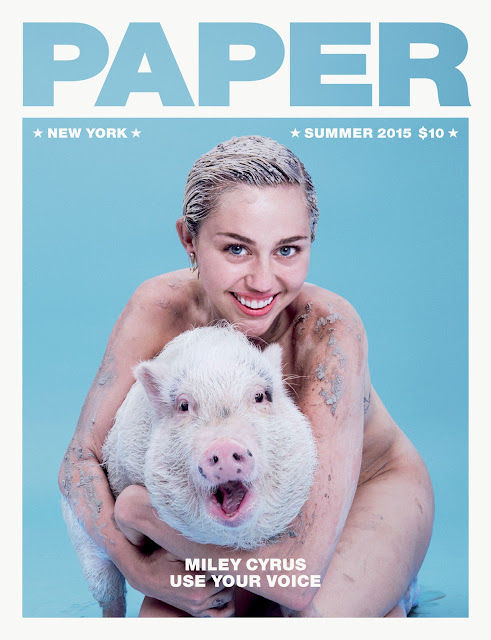 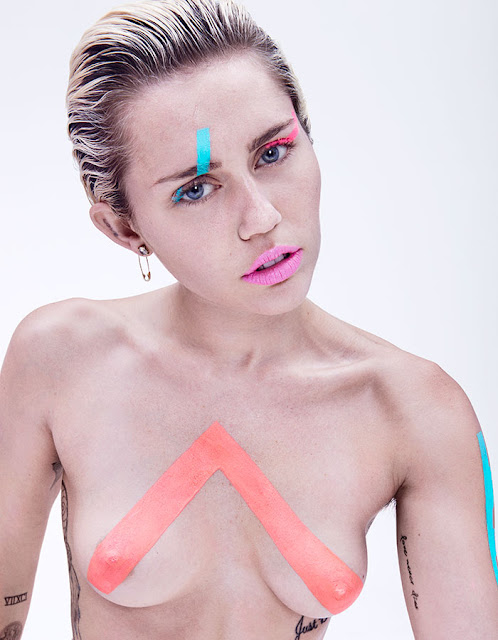 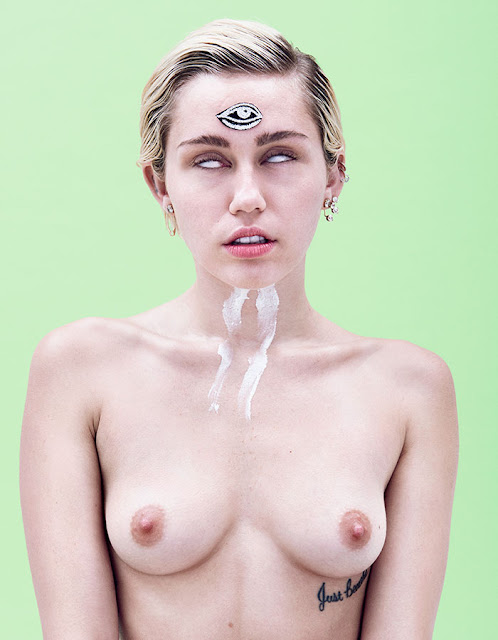 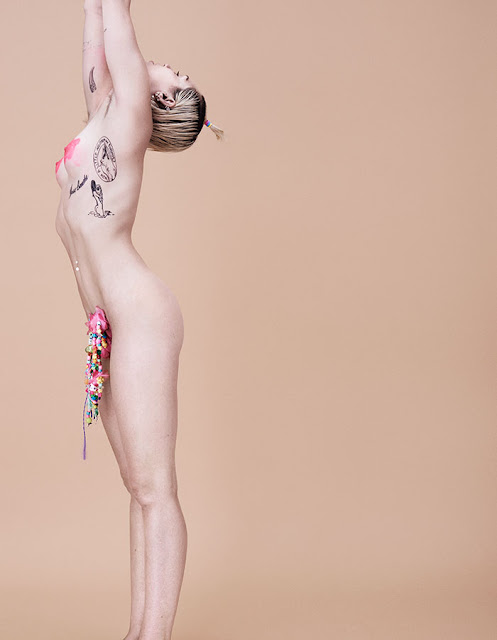 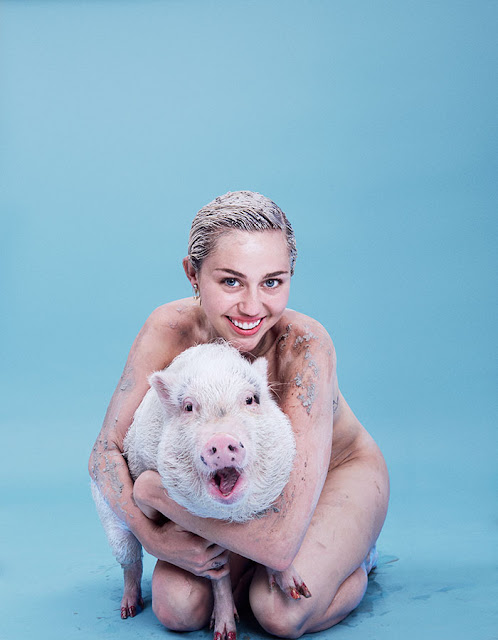 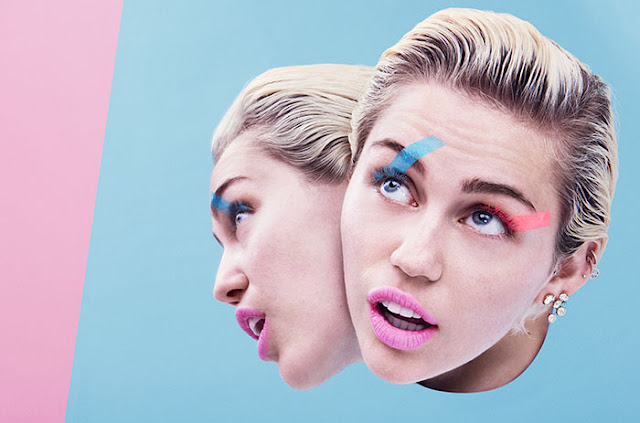 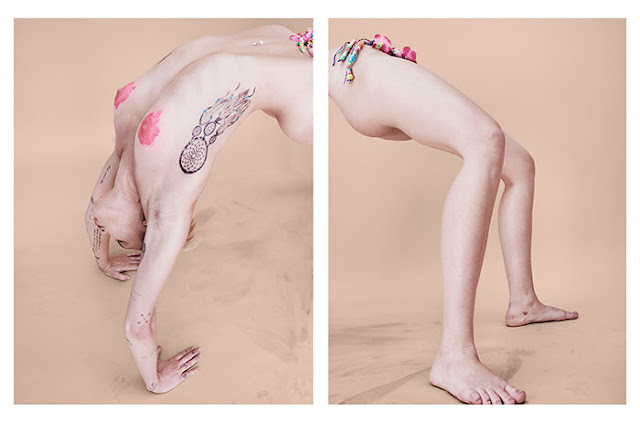 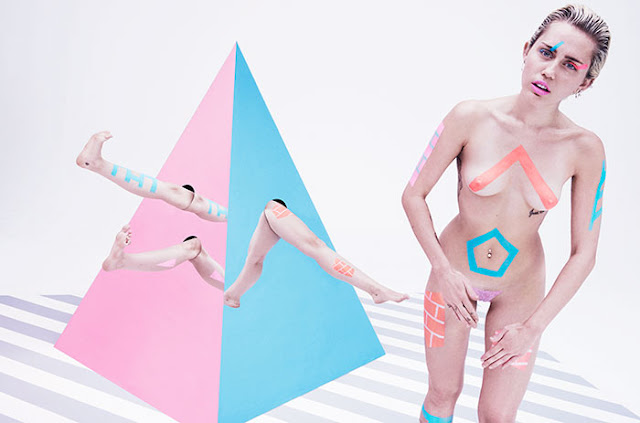 Miley Ray Cyrus (born Destiny Hope Cyrus; on November 23, 1992 in Nashville, Tennessee, U.S.) is an American actress and recording artist. The daughter of country singer Billy Ray Cyrus, she held minor roles in the television series Doc and the film Big Fish in her childhood. In 2006, Cyrus rose to prominence as a teen idol after being cast in the Disney Channel television series Hannah Montana, in which she portrayed the starring character Miley Stewart. After signing a recording contract with Hollywood Records in 2007, Cyrus released her debut studio album Meet Miley Cyrus. It was certified quadruple-platinum by the Recording Industry Association of America (RIAA) for shipments exceeding four million copies, and produced the hit single "See You Again". In 2008, Cyrus released her second album Breakout, which featured the successful track "7 Things", and launched her film career as the voice actress in the animated film Bolt. In 2009, Cyrus starred in the feature film Hannah Montana: The Movie, the soundtrack for which produced the hit single "The Climb". www.GutterUncensored.com

We are so incredibly moved by her words!

After Caitlyn Jenner's Vanity Fair cover was released on Monday, many considered this event to be a huge milestone in LGBT history!

[ Related: Kris Jenner Reveals How She Feels About Caitlyn Jenner! ]

Well how does a fellow transgender activist feel about the athlete's big reveal?!

On that same day, the Orange Is The New Black actress posted on her Tumblr a moving essay on how the Olympian's magazine spread will truly help those dealing with their sexuality!

"I am so moved by all the love and support Caitlyn is receiving. It feels like a new day, indeed, when a trans person can present her authentic self to the world for the first time and be celebrated for it so universally."

However, while many showered Miz Jenner with praise about how fantastic she looks, Miz Cox believes this shouldn't be the main takeaway point.

"Many have commented on how gorgeous Caitlyn looks in her photos, how she is "slaying for the Gods." I must echo these comments in the vernacular, "Yasss Gawd! Werk Caitlyn! Get it!" … Yes, Caitlyn looks amazing and is beautiful but what I think is most beautiful about her is her heart and soul, the ways she has allowed the world into her vulnerabilities. The love and devotion she has for her family and that they have for her. Her courage to move past denial into her truth so publicly. These things are beyond beautiful to me."

In fact, the Alabama-native believes the reality TV star's presence can inspire other transgendered individuals to share their unique stories to the world and to not rely on their looks to do so.

"This is why we need diverse media representstions of trans folks to multiply trans narratives in the media and depict our beautiful diversities. I started #TransIsBeautiful as a way to celebrate all those things that make trans folks uniquely trans, those things that don't necessarily align with cisnormative beauty standards. For me it is necessary everyday to celebrate every aspect of myself especially those things about myself that don't align with other people's ideas about what is beautiful. #TransIsBeautiful is about, whether you're trans or not, celebrating all those things that make us uniquely ourselves."

"Most trans folks don't have the privileges Caitlyn and I have now have. It is those trans folks we must continue to lift up, get them access to healthcare, jobs, housing, safe streets, safe schools and homes for our young people… I hope, as I know Caitlyn does, that the love she is receiving can translate into changing hearts and minds about who all trans people are as well as shifting public policies to fully support the lives and well being of all of us."

We are so touched by Laverne's words and hope that her message persuades others to become more tolerant and less judgmental!

While promoting her son Kevin McEnroe's new book Our Town -- a fictionalized account of the life and struggles of the Oscar winner's mom, Joanna Moore -- the conversation quickly turned to the 51-year-old actress' burgeoning love life.

And it turns out, the former child star is loving the ladies!

"I like women… I definitely have been dating mostly women recently."

The Paper Moon star only had rave reviews when it came to subject of same-sex sex!

"I think women are the most amazing creatures on earth… They're gentle, and also more intelligent than the men that I've met recently. I don't have a steady right now, but I look forward to it."

Holy cow! Thing are getting steamy!

But before you categorize the Miz O'Neal as bisexual or a lesbian, think again!

She refuses to define herself, claiming:

In case you didn't know, the thespian was previously married to tennis legend John McEnroe and has three children -- Kevin, 29, Sean, 28 and Emily, 24.

We're so happy that Tatum is happy and isn't afraid to explore her sexuality!