Madison Beer has just released her new music video for her song called Boy Shit which sounds totally gross, but she doesn’t mean it that way! What she means in the song is that she doesn’t understand the way boys talk because as she says their words are “poison”.

The song is off Madison’s new album called Life Support, the same album that brought us that song Baby which came along with an epic music video that shows the star in wearing one of those bodysuits Dua Lipa is so fond of.

In the video, Madison looks like the leader of a gang of girls who wear lingerie only to this sleep over/boot camp. The video also looks heavily inspired by that new show Bridgerton, I guess Madison is a fan of the Regency era! See the full video below.

Dua Lipa is Bronzed on a Balcony!

Fresh off her quarantine vacation where she spent the last few weeks down in Mexico with her friends and boyfriend Anwar Hadid, Dua Lipa is perched up on a balcony showing off the tan she has been working on!

Dua has had a wild year after releasing her album Future Nostalgia and basically doing a different performance every week to promote the album. She also put out a pay-per-vioew event called Studio 2054 which sold out and seemed to have been a fun event, I didn’t buy a ticket so I can’t do a full review…

However I do still have some Dua tea to spill; apparently the singer will be releasing a “moonlight” edition to her Future Nostalgia album which will include all the collaborations she’s done with other artists this year, including some collabs that were leaked throughout the year.

Dua joined Jimmy Kimmel on his tv show last night to talk about pregnancy rumours, the ones she accidentally started herself with her recent Instagram post, grammy nominations and about her being superstitious. Here is the interview:

The post Dua Lipa is Bronzed on a Balcony! appeared first on Egotastic - Sexy Celebrity Gossip and Entertainment News. 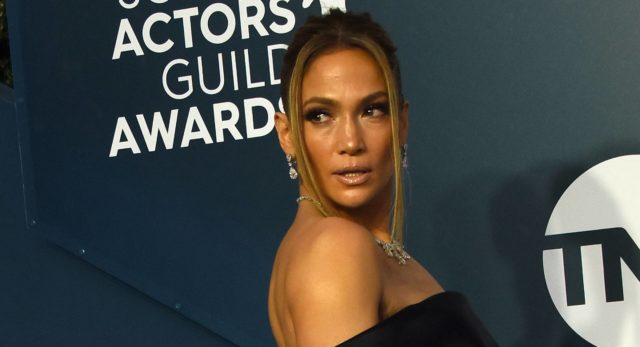 Right around April 15th, 2002, celebrities all magically stopped aging for some reason. We can never know what the cause of this phenomenon was, but where once upon a time a 51-year-old Rue McClanahan was a lead in a show called The Golden Girls about senior citizens living their golden years together, now smooth-faced 51-year-olds post nude thirst traps to Instagram.

It’s probably because they started putting fluoride in the water, right?

You might be thinking to yourself “It’s clearly because they’re all getting Botox, that’s the reason rich celebrities look young into old age but your average blue-collar worker still looks like they’re their actual age.”

You would be wrong, though, because Jennifer Lopez, who is 51, “clapped back” at someone who “accused” her of getting Botox. Yes kween. Fierce. Slay.

Yes, that wrinkle-free look is due to consumer-grade branded home cosmetics, 100%. You can have skin just like JLo if you buy her JLo branded beauty masks. Just listen to what she actually said to a comment from someone said it was clear she had Botox.

LOL that’s just my face!!! For the 500 millionth time…I have never done Botox or any injectables or surgery!! Just saying.Get you some JLO Beauty and feel beautiful in your own skin!! And here is another JLO Beauty secret: try spending your time being more positive, kind and uplifting of others. Don’t spend your time trying to bring others down that will keep you youthful and beautiful too!!! Sending you love. #beautyfromtheinsideout #beautyhasnoexpirationdate

I’m sold. She just naturally looks like that because of her positive attitude and JLo branded beauty products. If Wilford Brimley had some of those he might have been the lead in Better Off Dead instead of the younger old guy in Cocoon, a film he was younger than JLo is today when he filmed it.

The post Jennifer Lopez Insists She’s Never Had Any Botox or Cosmetic Surgery appeared first on The Blemish. 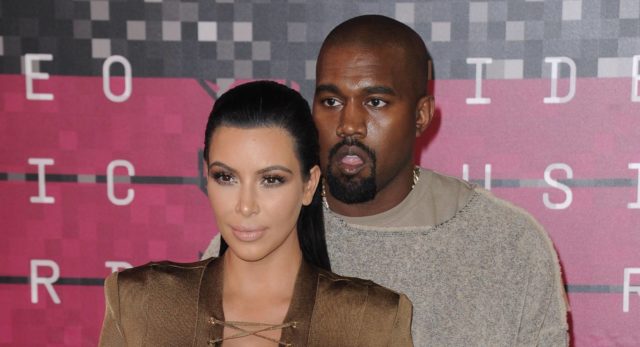 If I had sex with Kanye West, I would really not want anyone to know. I’m surprised Kim Kardashian hasn’t implied she had her kids with someone else yet, just to distance herself from Kanye. Like, I don’t know, Frank Sinatra maybe.

For some reason, Coke Carrigan seems to want everyone to believe that he had an affair of a sexual nature with Kanye, though.

See, Kanye’s former bodyguard threatened to sue Carrigan over allegations that he helped Kanye and Carrigan carry out an illicit relationship, so Carrigan apologized, as reported by Page Six.

“In order to for me to stay out of court and not get sued, I have to issue an apology to Mr. West and Kim Kardashian West,” the TikToker says in the clip. “So hi, Kim, if you’re watching this, I am so sorry, I honestly did this for the simple fact that your husband voted for Trump, and we simply can’t have that clownery in America, so you’re welcome.”

He then says, “Second of all, I hope this doesn’t ruin the chances of me getting on the KKW p.r. list, because I’ve been dying for those contour sticks.” KKW is Kardashian’s beauty line, which recently closed a $200 million deal with Coty.

Kanye West fans will note that Kanye West didn’t ever vote for Donald Trump, and the only person Kanye West has ever voted for is Kanye West.

Maybe it’s just me, but Carrigan doesn’t sound all that contrite. It sounds like he wants us all to think he had sex with Kanye West. I don’t know if he did or not, my gut says that he didn’t.

It’s a very strange thing to lie about for clout, though. No one is really going to pat you on the head for sleeping with Kanye West, you’re just going to have to respond to “Really?” every time you walk into a room. Maybe a few “What were you thinking?”

The post Beauty Influencer Coke Carrigan ‘Apologizes’ For Claiming He Slept with Kanye West appeared first on The Blemish.

Lana Del Rey Claims She Can’t Be Racist, Some of Her Best Friends are Rappers 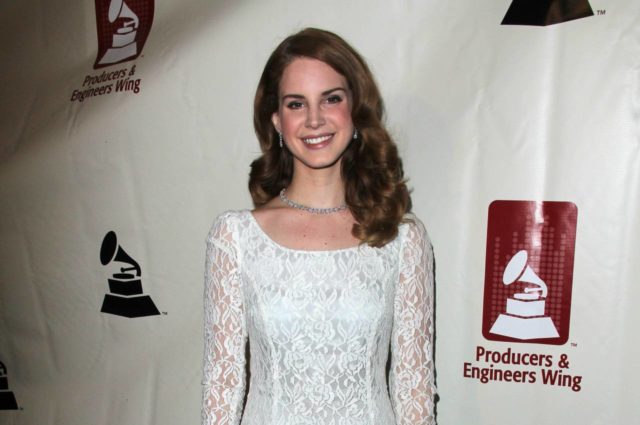 One of the most important lessons you can learn in life is that you can’t dig your way out of a hole. If you’re in a hole, a shovel is not the tool to use to get out of the hole and if you keep digging, all you’re going to do is make a deeper hole.

This is not only an idiom, it borders on cliche, so it’s surprising no one ever told Lana Del Rey this handy piece of advice.

Del Rey found herself in a hole earlier this year when she complained that she didn’t get as much attention as singers who were more open with their sexuality and named a group of largely black and Hispanic women because I guess Madonna and Britney Spears slipped her mind.

In a wild coincidence, her new album cover features Lana with her Hispanic friends. It looks something like this.

I also want to say that with everything going on this year! And no this was not intended-these are my best friends, since you are asking today. And damn! As it happens when it comes to my amazing friends and this cover yes there are people of color on this records picture and that’s all I’ll say about that but thank you. My beautiful friend Valerie from Del Rio Mexico, my dearest friend Alex and my gorgeous friend Dakota Rain as well as my sweetheart Tatiana. these are my friends this is my life. We are all a beautiful mix of everything- some more than others which is visible and celebrated in everything I do. In 11 years working I have always been extremely inclusive without even trying to. My best friends are rappers my boyfriends have been rappers. My dearest friends have been from all over the place, so before you make comments again about a WOC/POC issue, I’m not the one storming the capital, I’m literally changing the world by putting my life and thoughts and love out there on the table 24 seven. Respect it.

God, she is just the Kanye West of white women, isn’t she?

“Literally changing the world.” That is a sentence Lana Del Rey said about her music. If you stopped a hundred people on the street and asked them who Lana Del Rey is, I’ll bet more people would say “Superman’s girlfriend from Smallville” than would own one of her albums.

Really, the “my best friends are rappers” thing could very easily become a meme. Like, before she said that I didn’t think Lana Del Rey was racist but now I kind of do based only on that one sentence. That’s just not the sort of thing it occurs to a normal person to say.

The post Lana Del Rey Claims She Can’t Be Racist, Some of Her Best Friends are Rappers appeared first on The Blemish.

Charlotte Lawrence has been spending a lot of time at home during this quarantine, partly because she actually caught COVID pretty early on and had to do the whole stay at home thing anyway. The time at home has given Charlotte the time to write more music and work on new songs.

Her newest song is called Talk You Down and she’s just released the visual for the track on YouTube. To celebrate the release she’s also had a neon green Instagram filter created which looks great on her, not so great on everyone though.

The song has also been added to the TiKTok platform where Charlotte and her friends danced to it and encouraged her fans to use the track on their own videos, get those streams girl! The 20 year old also used the song in a solo TikTok video where she checks out her ass in a pair of leather pants. Check out the new music video below!

I have very strong doubts that Kanye West is gay and in the closet. If Kanye West were gay, he would not only be out and proud, he would never shut up about how he’s the best at being gay and he’s the most powerful power top ever. He would seriously never stop talking about it.

Still, there are rumors. First the rumor that West was having an affair with Jeffree Star, now Cole Carrigan is claiming to have had an affair with Kanye.

Carrigan showed off Instagram DMs between himself and Kanye’s former bodyguard Steve Stanulis that showed the two setting up a clandestine meeting between Carrigan and West at a hotel.

Now, Stanulis claims the DMs are faked and sent Carrigan a cease-and-desist on the grounds that Carrigan’s claims are defamatory.

If Steve Stanulis sounds like a familiar name, it’s because he had his own legal battles with Kanye and Kim after he went around telling everyone what an asshole Kanye was.

I feel like his reaction to this is a little big, making legal threats and all, and that makes me wonder if there’s actually something to these rumors. But I don’t think Stanulis would go out of his way to help Kanye West, either.

I also don’t think Kanye has enough self-awareness to be a self-loathing closeted gay Christian Republican. Kanye loves Kanye more than anything in the world and I can’t see him actually hiding part of himself because it contradicts with the rest of his beliefs. He’d want the attention the Lil Nas X got and just say that being gay makes him a better Christian than straight people.

The post Another Male Beauty Influencer Is Claiming to Have Had an Affair With Kanye West appeared first on The Blemish.