She might not be competing, but Simone Biles remains a golden teammate.
The 24-year-old Olympic gymnast has sparked major conversation from the Tokyo summer games since withdrawing from…

Leslie Jordan says ignorant, uninformed comments about HIV/AIDS from people like DaBaby are exactly why some gay people aren’t comfortable being themselves … so Leslie’s slamming the rapper’s homophobic rant as stupid and clueless. We got Leslie…

A celebration fit for a royal!
Princess Diana’s niece, Lady Kitty Spencer, is officially off the market.
On Saturday, July 24, the 30-year-old socialite, whose father is…

Khloe Kardashian is Teasing You!

Khloe Kardashian is still going hard with her clothing line called Good American and she’s now ready to get in to a bit of a battle with her sister Kim after announcing the upcoming release of her Neon Bikini line with the brand. The reality star shared a tease at what’s to come with a few snaps of herself (we think) in a new pink two piece. Here is the tease!

According to Ian Somerhalder, Damon Salvatore came close to having a very different vibe.
The 42-year-old The Vampire Diaries star visited Watch What Happens Live on Thursday, June 24….

Sara Sampaio is my all time favorite Victoria’s Secret model and that is mostly because she replied to our official Twitter account one day when we mistakenly shared photos of Olivia Munn and called her Sara. Even though I now call her my cyberbully BFF, it was the best day of my life. 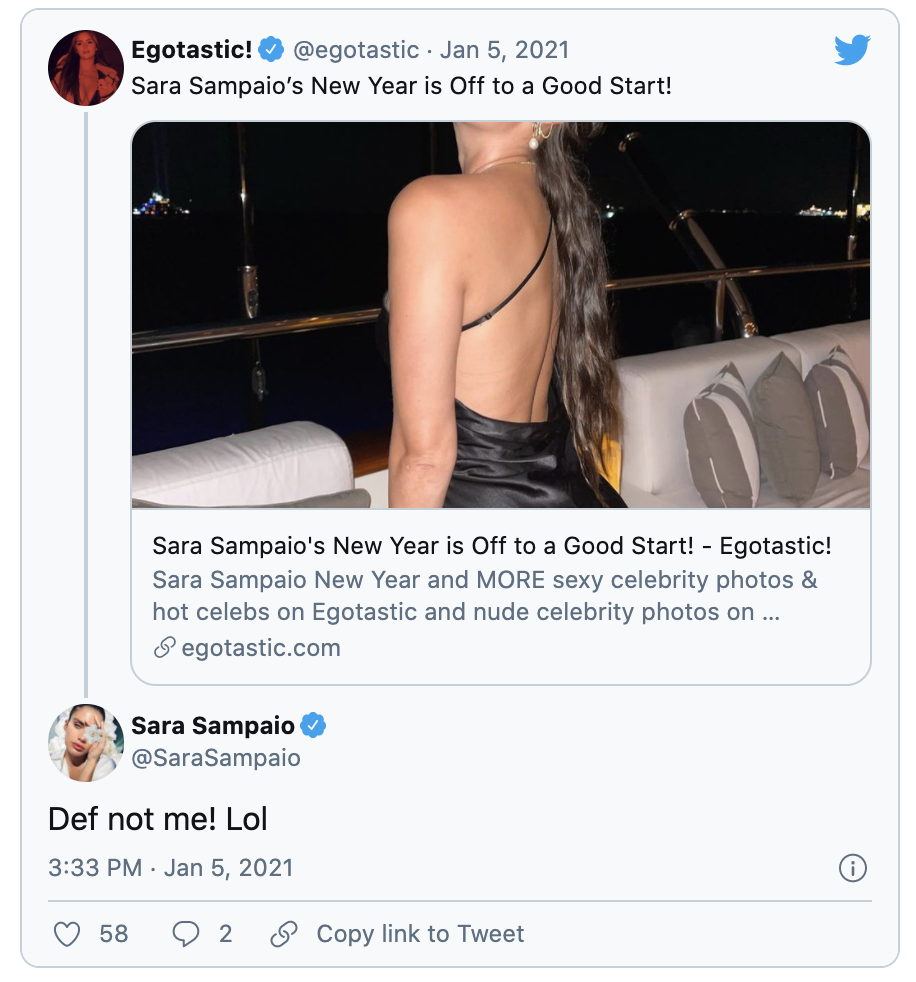 Scroll through the gallery to see a very Pensive looking Sara Sampaio looking totally relaxed while on a recent vacation. See below for a side by side of why I thought Olivia Munn was 100% Sara Sampio on that fateful day.. 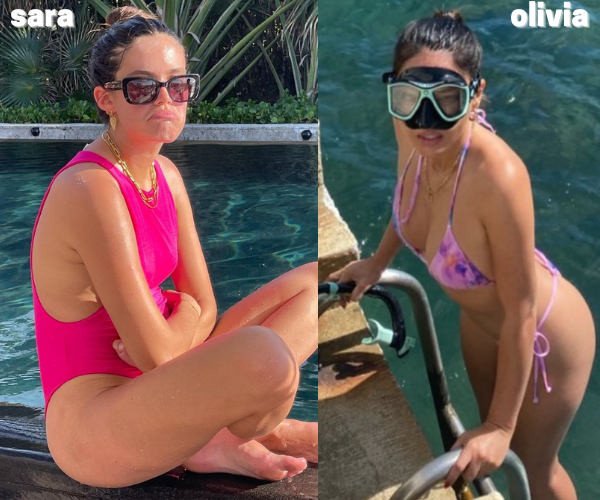 Guess The Poolside Celeb and Other Fine Things!

Larsa Pippen Launches an Only Fans
SMASH THIS LINK BUTTON!

Steve-O Got a Doctor to Paralyze Him From the Waist Down
SMASH THIS LINK BUTTON!

Marvel Drops Trailer for The Eternals
SMASH THIS LINK BUTTON!

Lisa Rinna Shows Off Her Abs in a Green Bikini
SMASH THIS LINK BUTTON!

It Was Fight Night for the Ladies in the Bleachers at Monday Night’s White Sox Game
SMASH THIS LINK BUTTON!

Law Firm Employee Gets Fired After Jumping into Money Enclosure at Zoo
SMASH THIS LINK BUTTON!

TikTok Girl Exposing all The Cheaters Buying Rings for Their Side Chicks
SMASH THIS LINK BUTTON!

Lottie Moss has a Nip Slip
SMASH THIS LINK BUTTON!

Iowa Guard Jordan Bohannon Suffered a Head Injury After Appearing to Be Sucker Punched During an Argument Outside of a Bar
SMASH THIS LINK BUTTON!

TikTok Star has a Boob Slip
SMASH THIS LINK BUTTON!

Rachel Bilson Apologizes for Being a “Little Asshole” on Set of The OC
SMASH THIS LINK BUTTON!

Hailey Bieber Showing Off her Stomach
SMASH THIS LINK BUTTON!

Theo Huxtable to Produce and Star in a Historical Biopic
SMASH THIS LINK BUTTON!

Pirates fan – Hit in the Balls
SMASH THIS LINK BUTTON!

Why the Universe is a Simulation
SMASH THIS LINK BUTTON!

Pig Hates the Vaccuum So he Unplugs It….
SMASH THIS LINK BUTTON!

Kristin Cavallari Seductively Looking for a Cocktail With Her Cleavage on Full Display
SMASH THIS LINK BUTTON!

Behind the Scenes With Nicki Minaj!
SMASH THIS LINK BUTTON!

How the Rich Avoid Taxes
SMASH THIS LINK BUTTON!

This Guy Was Struck By Lightning 7 Times
SMASH THIS LINK BUTTON!

Chris Simms Ranks Justin Fields as the 39th QB in the NFL
SMASH THIS LINK BUTTON!

Lena Dunham is Naked on Instagram Again – This Time With a Friend
SMASH THIS LINK BUTTON!

This is Dry Water
SMASH THIS LINK BUTTON!

If You Never Played Professional Baseball Fred McGriff Might Be to Blame
SMASH THIS LINK BUTTON!

Get More Out of Your Coffee
SMASH THIS LINK BUTTON!

Get the Mask You Can Drink With!
SMASH THIS LINK BUTTON!

Use this Vape to Improve Your Life…Sleep…Anxiety…
SMASH THIS LINK BUTTON!

The post Guess The Poolside Celeb and Other Fine Things! appeared first on Egotastic – Sexy Celebrity Gossip and Entertainment News.

Giuliana Rancic is saying goodbye to the red carpet.
The longtime E! correspondent announced today that she will no longer be hosting E!’s live red carpet award show…

Already thinking past spring and summer and dreaming of fall fashion? Well, Kate Middleton’s latest look may offer some style inspiration.
The Duchess of Cambridge stepped out in a…

Check Out the Most Surprising Celeb Transformations of the Week

One way to make sure you will dominate a red carpet? Debut a new hairdo.
That’s what Halle Berry and Margot Robbie did at the 2021 Oscars, both showing off their freshly-trimmed…

Adam Levine’s latest comment about Gwen Stefani and Blake Shelton’s wedding really makes us wonder if he’ll be involved in the big day.
The Maroon 5 frontman drops by The… 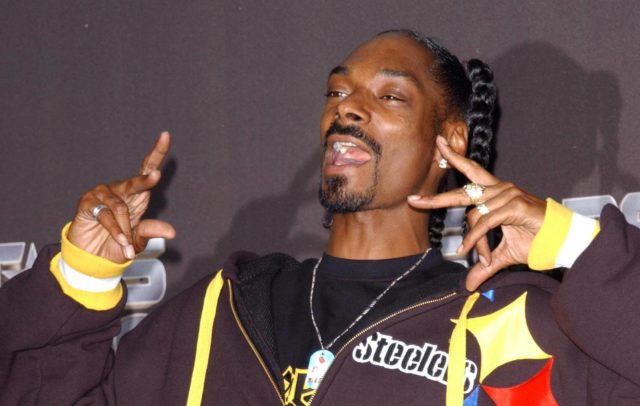 During Prohibition, the 13 years in which the United States banned the sale and consumption of alcohol, President Warren G Harding, who had voted in favor of Prohibition as a Senator, had his White House full of “trays with bottles containing every imaginable whiskey.” The Volstead Act was not just a law, it was an Amendment to the Constitution, which Harding had to take an oath to uphold as President.

Today, the prohibition of cannabis is a pressing issue that America is surprisingly leading the world in changing, though still far too slowly. President Barack Obama, the most popular American President since Ronald Reagan, eased federal enforcement of pot laws somewhat, but never had any interest in repealing them, even saying “the act of negotiating with Republicans served as a handy excuse to deflect some of the less orthodox ideas that occasionally surfaced from our side of the aisle (‘I’m sorry, Congressman, but legalizing marijuana isn’t the kind of stimulus we’re talking about here…’)”

I know that a lot of people think that it’s just potheads who want to bet high legally making a big deal out of nothing, but marijuana prohibition is a serious racial justice issue. African-Americans are almost four times as likely to be arrested for marijuana violations and we know that basically everyone smokes pot. It’s probably more widely consumed than tobacco at this point if you exclude nicotine vapes. Police routinely admit they use marijuana laws as a front to perform illegal searches by claiming they could smell pot when they come out in opposition of legalization.

And once you’ve taken all that information in, really think about what it means that Snoop Dogg claims he smokes pot with Barack Obama. Or that he has said in the past he smoked pot in the White House bathroom while Obama was president.

This is why I’m jaded when it comes to Obama and other politicians I actually like or liked or voted for or had bumper stickers on my car for. The man didn’t even want to make a difference on this issue because he thought it would be unpopular. A lot of things are both unpopular and morally correct, if you want to be a leader you have to lead. You can’t just call the people who put you in power crazy hippies and then flagrantly ignore the laws you refuse to try to change for everyone else so you can rub elbows with celebrities.

The post Did Snoop Dogg Really Smoke Pot With President Obama? appeared first on The Blemish.

UPDATE: Savannah Guthrie is recovering from a minor surgery.
For viewers wondering where the Today co-anchor was on April 20, the morning show host took to Instagram and revealed what she…

Michael Jackson’s Neverland Ranch Statues Up for Sale for $2.5 Million

Several of the statues Michael Jackson had at his Neverland Ranch are up for grabs — but it’s a package deal only, and likely requires a collector who can appreciate the art separate from its history. Noble Art Lovers tells TMZ … a private…

Hank Azaria — who voiced Apu on ‘The Simpsons’ for years — says his guilt after ditching the role is so great, he feels he has to say sorry to every Indian person he encounters. The actor relayed this sentiment on the Armchair Expert podcast,…

Marriage or Mortgage stars Nichole Holmes and Sarah Miller may be competing for couples’ business on the Netflix reality show, but the real estate agent said she’s more than willing to put…

The Challenge: All Stars: Why These 24 OGs Didn’t Return

It’s a TV event 23 years in the making.
The Challenge: All Stars officially premiered on April 1 and the caliber of The Real World and Road Rules veterans the Paramount+ spinoff lured…

After a surprising arrival into the world, Zara Tindall and Mike Tindall’s newborn son apparently already has rugby on the brain.
The new dad of three, who welcomed a baby boy named…

Kristin Cavallari and Jeff Dye: Where Things Stand Between Them After Their PDA-Filled Getaway

Have Kristin Cavallari and Jeff Dye rekindled their romance? It’s a question everyone has on their mind after the two were spotted kissing and looking cozy on Friday, March 19 in Cabo,…

Demi Lovato continues growing from her life experiences to learn what truly makes her happy.
The 28-year-old star is featured on the May cover of Glamour, and she explained in the…

Letting the facts speak for themselves.
If there was one major takeaway from E!’s exclusive chat with Allen v. Farrow producer and investigator Amy Herdy, it’s that the HBO…

Gwen Stefani Responds to Fan Who Criticized Her TikTok “Fail”

Gwen Stefani is not above admitting when she might be in the wrong.
The 51-year-old vocalist, who has recently been active on TikTok, took to her Instagram Story on Thursday, Feb. 4 to…

Believe it or not, Mindy Kaling’s daughter, Kit, is not yet aware of her mother’s celebrity status.
The 3-year-old has watched her mom onstage at the 2020 Oscars and seen her…

Katherine McNamara is On Set!

Katherine McNamara stars in the tv adaption of Stephen King’s story The Stand, which is apparently already streaming on some platforms, news to us. Katherine stars as Julie Lawry in the show alongside costars like Alexander Skarsgård and James Marsden.

The actress shared a few behind the scenes snaps while on set this week and showed off a much different look than we are used to seeing from her, much like Dove Cameron and Anna Camp, Katherine went pink!

Kelly Dodd is standing by her words.
The Real Housewives of Orange County star is doubling down on claims she made during last week’s reunion episode that her Bravo co-star Braunwyn…

We interviewed this celebrity because we think you’ll like their picks. Some of the products shown are from the celebrity’s own product line or a brand they are paid to endorse. E! has…

Just OWN It: 10 Things You Didn’t Know About the Oprah Winfrey Network

Oprah Winfrey had the wildly successful talk show. No-last-name-necessary recognition. A production company, Harpo, that was her name in reverse. The magazine known simply as O.
What else…

Pink is loving the skin she’s in.
The 40-year-old singer took to Instagram on Tuesday, Aug. 18 to share an empowering message with her fans. The post showed the three-time Grammy…